NMSBA pulled together an awesome team that helped us realize our vision. 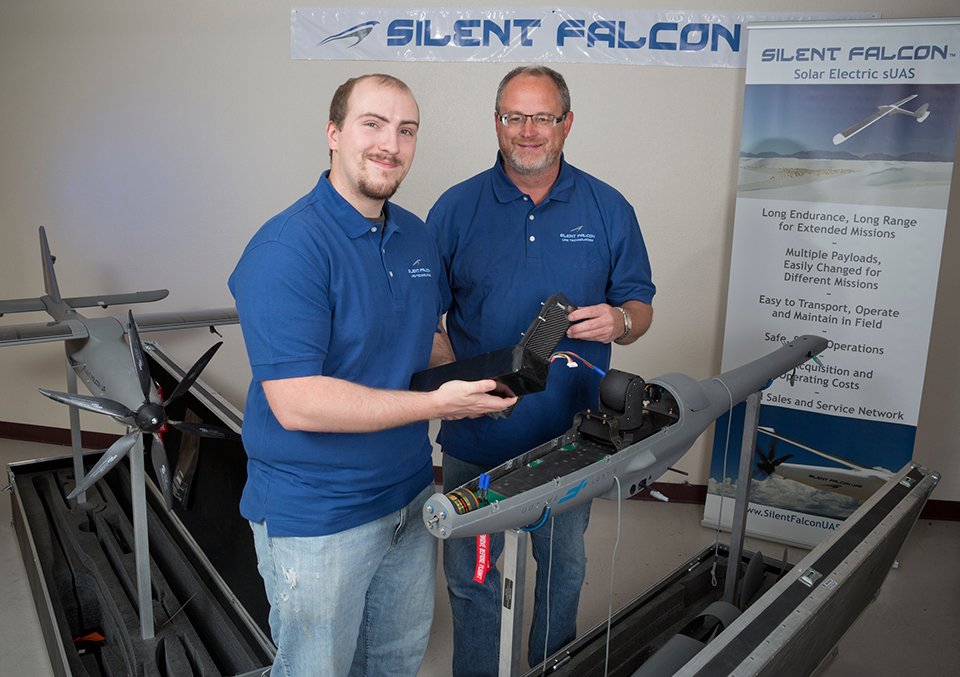 According to Markets and Markets, the global market for unmanned vehicles was worth $2.29 billion in 2015 and will likely reach $4 billion by 2020. Five small businesses, four at the Alamogordo Science and Technology Park and one in Albuquerque, are trying to capture a significant portion of this market with the
development of advanced unmanned mobile robots.

For the “smart battery manager,” Sandia advanced the battery-monitoring electronics and advanced algorithms that could be embedded within the battery’s hardware. They also improved the software designed to communicate withoperators via web page or Ethernet connection.

As a result, users can now monitor battery condition and historical data, enabling them to plan even more complicated and involved missions. As word has spread regarding this technology, the companies have received $2 million in new investments and added nine new employees.