My connection with NMSBA has set me on the path toward commercializing a really cool technology. 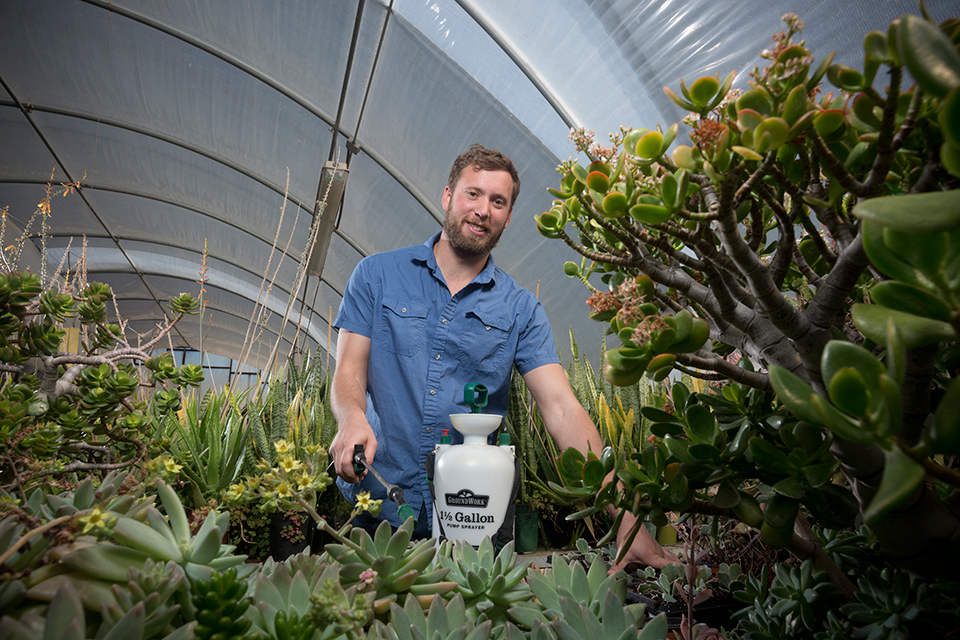 Today’s entrepreneurs have so many tools at their disposal that it is possible to start a company while still in college. Luke Smith was an undergraduate student at New Mexico State University (NMSU) when he founded EcoSeal, and he has since used modern techniques, such as crowdfunding and business model competitions, to raise capital.

Smith was working on his accounting degree when his father, an NMSU researcher, told him about an interesting pesticide under development. Called NMX, this pesticide is based on environmentally friendly essential oils, known as “nature’s pesticides.”

Jazzed about this safe alternative to conventional pesticides, Smith founded EcoSeal to bring NMX to the marketplace. Getting a pesticide through the stringent regulatory process is difficult, and Smith soon realized more extensive testing needed to be performed to validate the product in the field. Griselda Martinez of NMSU’s Arrowhead Center introduced Smith to Dr. Ryan Goss of NMSU. Together, Martinez and Goss evaluated the use of NMX on turf grass as one possible market.

As a result of this successful partnership, EcoSeal received an I-Corps grant for $50,000 to conduct market research to commercialize NMX. Smith in 2016 applied for an additional $50,000 from the New Mexico Economic Development Department and has launched a crowdfunding campaign to obtain $30,000 to further expand his startup company.