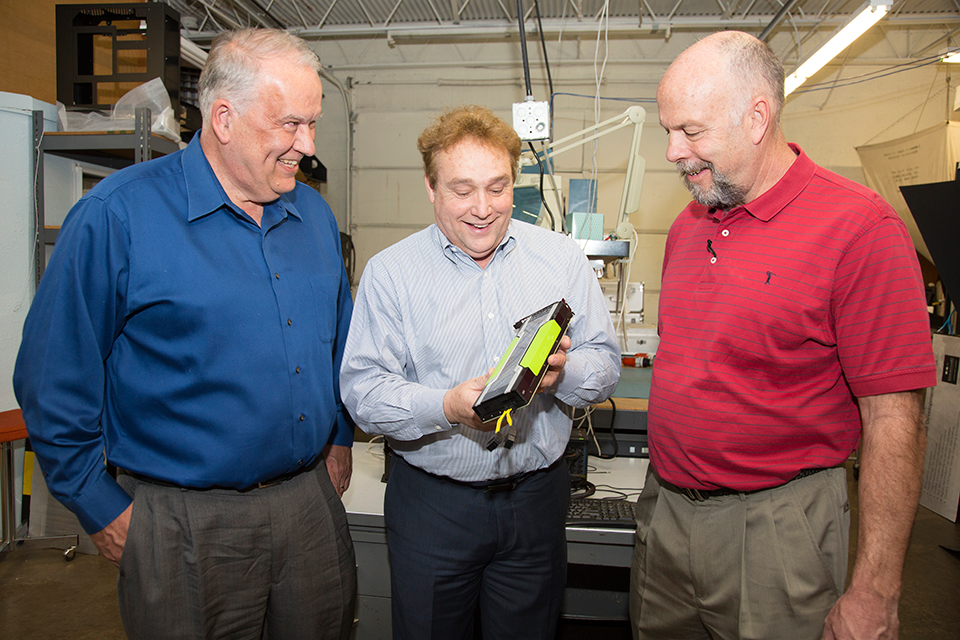 Entrepreneurs Greg Scantlen, Paul Saxe and Chuck Bulow depend on high-speed, sophisticated computers to run their individual businesses. And even though they’re developing different products, the trio decided to apply collectively for free technical assistance from scientists at Los Alamos and Sandia national laboratories through the New Mexico Small Business Assistance program.

Scantlen owns CreativeC, a Los Alamos and Albuquerque company that works with graphic processing units — chips composed of thousands of parallel threads that can process multiple calculations simultaneously at computing speeds about 100 times faster than the traditional central processing units used by most home computers.

Saxe runs Materials Design, an Angel Fire-based software company whose customized modeling software allows researchers to conduct experiments on computers — rather than the physical world — to see how metals, liquids and other materials will interact. Results allow the company’s clients to make their products more efficient, productive and cost effective.

Both wondered if LAMMPS, the large-scale atomic/molecular massively parallel simulator developed by scientists at Lawrence Livermore and Sandia national laboratories in the 1990s, could be used as the foundation to help them increase computing speed and make modeling more sophisticated.

The pair turned to Chuck Bulow of Manufacturing Technologies to create a prototype housing that would turn the proposed LAMMPS instrument into a commercial product. The Albuquerque-based machine shop is known for the tight tolerances needed in jet manufacturing.

And then the three applied to the NMSBA program as a leveraged project to test their hypothesis with Los Alamos National Laboratory. NMSBA leveraged projects allow multiple small businesses that share a technical challenge to request lab assistance collectively.

“The first question was does it make sense to even think about using GPUs,” said Paul Saxe. Los Alamos scientist Saryu Fensin, an expert in shock and tension evaluations, was tasked with finding out.

Fensin performed various types of simulations that revealed stunning speeds for larger calculations — the types of sophisticated computations used by scientists and engineers.

“Simulation normally takes six daysbecause the computations are so complicated, but now we’re seeing speeds of six to eight times faster,” Scantlen said. “Instead of a week, it takes a day to do a complicated simulation.”

Based on their results, the LAMMPS instrument leveraged project was selected by the NMSBA program as one of the 2015 top 10 Outstanding Innovation projects. LAMMPS project participants will also be recognized at an award luncheon to kick off a month of Manufacturing Day events.

Through the NMSBA program, small businesses facing a technical hurdle can tap into the expertise and capabilities of the state’s national laboratories to get help with testing, design and consultation, as well as access to special equipment or facilities.

Qualifying individual projects can receive up to $20,000 worth of technical assistance, but leveraged projects — presented by multiple small businesses with similar technical challenges — can receive five times that amount. The assistance is free to participants.

This article originally appeared in the Las Cruces Sun-News